skip to main | skip to sidebar

A kiss, a happy couple. But then, the woman is kidnapped, and the man sets off to save her. A dramatic rescue story full of wild chase scenes begins. The audience is taken to the center of the Earth and the enemy’s headquarters. On its surface, Fast Film tells a simple story. The catch is that all its scenes were taken from 300 different works produced in the course of film history, and the heroes change identities an equal number of times. But as in Virgil Widrich’s Copy Shop (2001), the extraordinary technology used during production is the first thing that stands out about Fast Film. No less than 65,000 paper printouts of individual images were employed. After being folded into thousands of objects such as planes and train cars and arranged in complex tableaux, they were photographed with a simple digital camera and loaded into a computer image by image. At least three different images, the background, the foreground image and an intermediate zone, were used to make up each frame. In certain sequences, this increases to 30 visual layers. The fast and furious story of Fast Film unfolds on the surfaces of the paper objects. Its twists and turns are so well thought-out that additional details can be found in each viewing. What was initially intended to be an homage to action movies breaks new ground in the genre because of its extreme density. This tour de force through film history, from its silent beginnings to present-day Hollywood, lasts just 14 minutes: truly a fast film which could hardly be more furious. (Peter Tscherkassky, badass avant filmmaker) 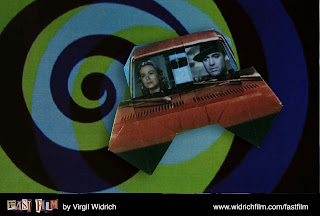 You don’t have to be a film nerd and get all the references Widrich slams into his 14-minute masterpiece to get blown away by his genius homage to the action/chase film. You do have to be crazy like Widrich to actually make this. Pulling images from 300 films, from silents to James Bond, the film is animated but constructed by hand, as he and his crew folded 65,000 printouts of film frames into 3-D objects. The result is thrilling and funny.
As evidenced by this DVD, Widrich’s FAST FILM isn’t an accident. Included on his disc are other great films, and vibrant “making of’s” of both FAST and COPY SHOP. Here are all the films on the disc: 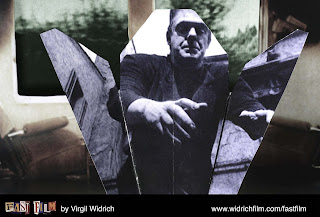 Fast Film (2003, 14 min)
In a two-year production process an hommage to the action movies and a tour de force within the Filmhistory. Official selection, Festival de Cannes. 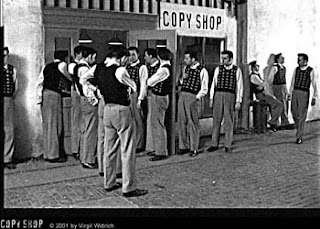 Copy Shop (2001, 12 min)
In this wordless film, a man awakens and goes to his job at the copy shop. During his morning test of the machine, he accidentally copies his hand. Soon, he starts seeing copies of himself in more and more places. Nominated for the Oscar© as "Best Short Film - Live Action." 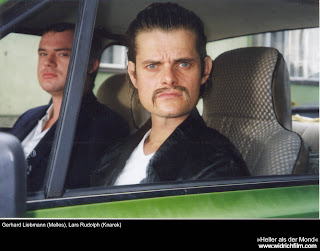 
tx-transform (1998,12 min)
Tx-transform is a new film technique that transposes the time axis (t) and the space axis (x) with one another in film. Normally, each individual frame of film depicts the entire space but only a moment in time (1/24 second). With tx-transformed films, it is just the opposite: each frame shows the entire time but only a tiny portion of space. 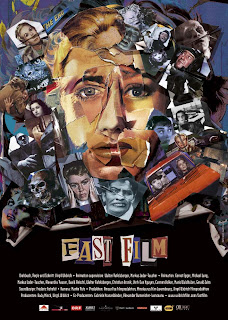 $15
A feature film, three amazing shorts, and the director telling you how to make them.